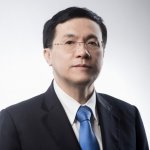 Picharn Sukparangsee is one of the leading lawyers in Thailand in respect of Corporate & Commercial Law, M & A transactions, Securities, Banking and Finance and taxation law (specialising particularly in finance, securities and taxation law). He is also an experienced litigation law and handles very important cases involving legal disputes.

Experience
Picharn Sukparangsee is a leading attorney and qualified attorney with decades of experience in the fields of corporate & commercial law, M&A, securities, taxation, and litigation & arbitration. He regularly advises, and represents a wide variety of multinational corporate and industrial clients from a vast array of industries, including manufacturing, petrochemicals, automobile, cement, energy companies and securities companies, as well as companies from the finance & banking, capital markets and commercial sectors.

Picharn Sukparangsee has provided legal advice in relation to the following:

Part–time Lecturer and Other Activities

Picharn Sukparangsee is a speaker on Thai laws and regulations at a lot of international , regional and domestic conferences. He is an active member of the Legal Committee, the Customs and Excise Committee of the American Chamber of Commerce of the Thailand. He is also an active member of the Legal and Tax Committee of the British Chamber of Commerce of Thailand.

He was also a former Registrar of the Lawyers Association of Thailand and a former committee member of the Thammasat Law Alumni Association, Thammasat University.