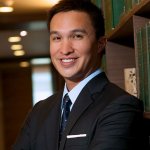 Johann V. Espiritu is a partner who is working with the Project Development & Finance, and Technology, Media & Telecom departments. His practice focuses on project development and finance; technology, media and telecommunications; and corporate law.

Johann served as General Counsel to a defense company located in Washington, DC, where he drafted and negotiated convertible notes and purchase agreements to raise capital for a start-up corporation in the defense arena. He also drafted complex contracts for the supply of geospatial intelligence software for use by the U.S. Government and handled intellectual property matters for a high-technology start-up.

Johann is a lecturer at the Ateneo de Manila University School of Law where he teaches Information Technology Law and Venture Capital Transactions. He is also the Director of Career Development in the same university. He currently sits as a member of the Advisory Board of the Georgetown University Law Center.