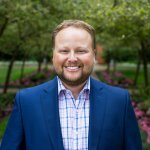 Doug has been featured in numerous publications including Forbes, Time, The Washington Post, The Huffington Post, Fox Business, MSN, Inc., Time and VentureBeat, has a 10/10 Avvo score, and was selected to the SuperLawyers “Rising Stars” lists for having demonstrated excellence in the practice of law.

Doug was a corporate attorney for a law firm in New York City. He also served as a Judicial Clerk for the Nebraska Supreme Court and the Superior Court of the U.S. Virgin Islands. Before law school, Doug was a Legislative Assistant for U.S. Representative David Price, where he managed a portfolio of issues including tax and small business.