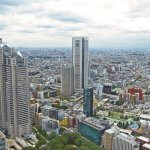 Okuno & Partners is a full-service independent business law firm that mainly specializes in commercial dispute resolution – mediation, arbitration, and litigation; corporate and finance; mergers and acquisitions; and IT and Fintech. It also has a highly regarded restructuring and insolvency practice.

The firm, which was established in 1924, has been advising and representing international organizations, multinational corporations, financial institutions, small and medium-sized companies, and individuals from around the world for close to a century. During this time, it has built up an excellent reputation in both the domestic and international markets by delivering prompt, clear, and cost-effective solutions. It has an extensive network of business, accounting, and tax professionals in Japan, and is able to provide clients with comprehensive solutions and act as one-stop-shop.

In the international sphere, it has handled cases based on the principle that cooperation and coexistence between Japanese and foreign companies are important. It is well-known for expertise in international commercial arbitration, corporate advisory services, and cross-border transactions. Its lawyers have a wealth of experience in representing foreign clients before domestic courts and authorities. One of the most notable cases it has handled was the restructuring of a giant Japanese leasing company, in which it negotiated the transfer of its business to General Electric. It has handled a variety of cases including the following:

Corporate, Finance, IT, and Fintech

It also has expertise in Employment law, Anti-trust law, and Family law.

The International Desk of the firm is administered by Ms. Masako BANNO, Mr. Hidetomo OMIZU, and Mr. Michael MROCZEK who between them have decades of experience in cross-border business.