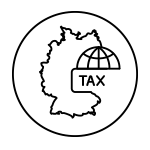 Taxes when Doing Business in Germany – Neither Tax Hell nor Tax Paradise, but Complex Rules and Tough Implementation – Welcome to the German Jungle!

When foreigners think about doing business in Germany, tax questions are usually found in the field for unpleasant things of the to-do-list because of numerous reasons. However, when it comes to taxes on profits, Germany is not high tax country anymore and there are a couple of beneficial tax rules for enterprises that the investors won’t get anywhere else.

Tax rates are about 30 + something % (depending on different rates for local profit taxes), similar to most other countries. Intercompany dividends within Germany are (almost) tax-free. There are no withholding taxes for dividend distributions between EU-countries and Germany is party to 96 bilateral tax conventions that provide for exclusions or reductions of the general 25 % withholding taxes on dividends paid to other countries, on interest, license fees etc. Loss carryovers are not limited in time (you may even arrange for a one-year loss carry-back), but there is a 60 % limit on crediting losses of more than € 1 million against future profits, which might result in situations in which profits taxes must be paid before former or initial losses of a business are made good. German income tax for residents has rather high top rates of almost 50 %, but such rates only apply to top earners. Medium incomes are moderately taxed due to numerous personal deductions and there are very low rates on low income. On the whole, the tax burden in Germany is not higher than in most comparable industrialized countries. Of course, Germany is no paradise when it comes to paying the dues, but it’s not hell either.

However, unlike in most other countries with strange and complicated tax rules here and there, in Germany taxes are very complicated in all respects and areas. Two different taxes on profits with different tax bases, uncounted laws & rules & regulations on everything with numerous changes every year – welcome to the jungle! And tax audits for enterprises are pretty tough. German tax authorities don’t seem to have much sense of humor (and if so, it’s rather different to the type of humor everyone else has) and are eager to squeeze as much as possible out of enterprises’ purses. But they also struggle with the complexity of the system, make many mistakes – so, in many cases it’s worth to go into a fight with them.

Foreign companies or other entrepreneurs intending to do business in Germany should think about the right structure for their plans. In many cases, the best way will be to set up a limited liability company (GmbH), namely if the German activities shall have some substance and are planned for a longer period. Although sometimes this may not lead to the most beneficial tax structure, it has the advantage to have a separate entity for the German business that allows for clear contractual relations with all customers, suppliers etc., with the foreign investor himself and it’s a resident company doing business with everyone as all other German companies do. German branches or partnerships tend to make legal and tax matters for foreigners more complicated, which means more problems, costs and work in the long run.

The tax side of the structure is determined by the tax laws of the foreigner’s home country, German tax laws, a tax convention between both countries – if any – and the numerous hooks and links between them. Rather complex, but as there are already thousands of foreigners doing business in Germany in various structures and fields, it shouldn’t be too much of a problem to find the right way to do it and implement a structure one can live with. “Keep it as simple as possible” should be one of the basic rules. Another one is “Maybe not try to set up an ultra-clever structure in which almost all tax can be avoided” as the taxmen may give you a hard time and go miles to attack it as abuse or similar. And if they are not successful with that, the laws might be changed next year and you have much work and costs to re-arrange things.

In the process of developing the structure of the German business, it is rather easy to determine future tax consequences with regard to profits, losses, employees, VAT and all the rest. When the business starts, accountants will care about tax compliance of all sorts, social security and compulsory insurance matters for employees and – as the word accountant rightly suggests – for the accounts (and balancing of the books hopefully with sufficient net equity).

But the foreigner doing business in Germany is always confronted with (at least) two tax offices – one in his home country, the other in Germany. And both are hungry, potentially greedy and think that in the cross-border business profits are shifted to the other country so that they don’t get what they should. The taxmen’s tools to maximize their booty from cross-border enterprise structures are plenty. Thin capitalization rules, turning interest or other payments to foreign shareholders or related companies into dividends (and vice versa) and – most important – laws on pricing for goods and services traded between related companies in different countries, the famous “transfer pricing rules”. They’ve been around for long but they have really started to bite since just a couple of years and things actually seem to get worse. More and more countries have realized, that this is a suitable tool to collect more taxes from business and implemented complex and strict regulations on such transfer prices and their documentation. We currently have a vivid international debate on actual or alleged profit shifting practices by multinational corporations (directors of US companies even had to defend 100 % legal tax structures in congress – possibly the US intend to base their taxes on morality instead of laws, which could simplify things a bit as the US Internal Revenue Code is not a thin book). The result is an OECD initiative that (inter alia) intends to further sharpen the transfer pricing rules.

The basic tax rule on cross-border-pricing between related enterprises is that payments for goods and services shall be agreed and made as if wholly non-related, “third-party” companies would do the same business with one another. Some happy few may know the exact prices and conditions non-related companies charge and agree for the deals they make. Most don’t (you’d be happy to know the prices your competitors actually charge, wouldn’t you?). So in Germany and many other countries transfer pricing is based on assumptions, fictions, reasoning, arguing and constant disputes with tax authorities. The German Federal Tax Office has set up a special academy in which tax auditors are trained who don’t do anything apart from checking whether cross-border-enterprises have stuck to the complicated and sometimes fuzzy transfer-pricing rules. Even if mere formal documentation requirements aren’t met it, starts getting costly and if the prices for the intercompany transactions can’t be sufficiently justified on the basis of the applicable rules, things can easily turn from nasty to nightmarish. As many transfer-pricing-rules are rather wobbly, there are always chances to somehow get out of the most dangerous waters. But on the other hand it means that no one can ever be certain that he doesn’t run ashore, even if he has done the best he could to stick to all rules. This is no German tax specialty, tax authorities in many other countries have similar (or even stricter) transfer-pricing attitudes and those who are a bit more relaxed will probably start to get tough in a month or a year or two. So this is a general problem of cross- border structures that everyone should be aware of, when doing business internationally.

In order to comply with the applicable transfer-pricing-rules the companies must define all their intercompany transactions, set prices according to third-party market conditions or special tax rules for this purpose. Then they must prepare a comprehensive documentation in which everything is outlined and explained in detail and they should have contracts on all such transactions. Sometimes contracts aren’t necessary, but mostly it’s easier to draft an intercompany contract than to find out whether a contract perhaps isn’t necessary (and maybe it will be necessary next week, when there’s a new court decision or the rules change). Quite a bit of homework to be done. And every time intercompany transactions or prices change or when special situations require special intercompany transactions, the rules must be checked again, new contracts and amendments of transfer pricing documentation. Those are the laws of the game.

And what’s the essence of all this?

It’s Germany, a land where law and order rule and where the sheriffs mean what they say. 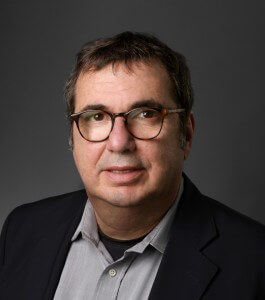